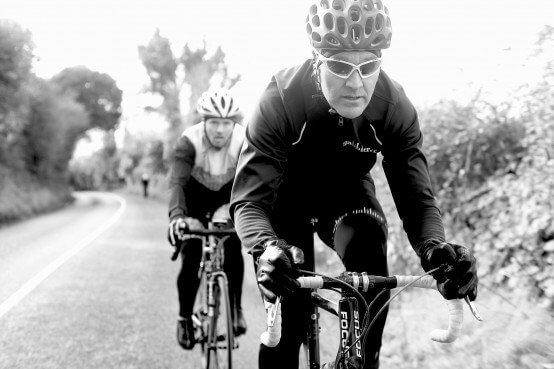 Posted at 10:28h in Uncategorized by galibier 4 Comments

As we bounced out of the bar, I nearly held the door long enough for the waiter who couldn’t see me earlier. Off home and happy after a typical cyclists night out: 3 pints, until drowning in aspiration talk of the coming season or long stories thrown about racing in 1997 (the year before the internet can disprove an enhanced breakaway). The craic was mighty. I escorted one particular A2 who was drinking earlier, when he should have been eating. And eating, even earlier- when he should have been training.

We rounded the car park to find a young couple, under a streetlight in the middle of it…….’IT’. Our drunken friend wandered up to the coitus couple and slowly spoke into his ear:

In my youth, we dreamed of a kiss and a walk. Not this stuff seen on wildlife program. But the statement “What ever happen to kissing” perfectly described the definitive coaching plan- Most of us should use this season.

All of a sudden amateur cycling racing has become SO serious. Everyone seems to have lost the plot in the level of dedication to AMATEUR cycling. What happened?  Gradually, over the past few years, and then all of a sudden:  We have all (me included) gone bananas ……..serious.

That young lad should have been enjoying a wee cuddle and possibly trying for second base (under the jumper over the shirt) outside the hotel, not all that messy stuff under a security light. What would her mother say?

Gone is riding your bike and racing your mates home?  We have ALL been drawn in by the cycling media stroking our dreams. Little by little. More expensive bikes and more hours on the turbo. Our cycling is lost in the fantasy of the Paris Roubaix; not the reality of 200-watts and chips for tea. “These aero bars are better than your old aero bars”. “These gels contain liquid speed, derived from cosmic dust collected from imprisoned fairy wings”. NO wheels will make us Merckx. Every club has three, 33-year-old riders looking to give up his job and become world champion. Too serious. One power tap appeared, then there were 12 and now you can’t see your stem for numbers and the real-time reality of disappointment.

In six seasons, there seems to be more coaches than riders and more watts measured at pre-season training holidays than are visible at a weekend road race. I want to advocate Second base biking, club runs with your mates, and coffee with new mates and an hour in the turbo to hide from the ice. A cycle of smiles. Yer man got an oxygen tent and now half the country is looking at them on the Internet.

If the second bike fit was shite, will the third be any better? If you are sourcing your energy this winter from and fat and last year it was protein- will you eat your soul next year?

“Write me a plan,” he says the next morning covered in a hangover and guilt. “Sure I say” But my head whispers you have a job and a kid and a life, you need (like myself) a stone off and more second base happy cycling: than pyramid power intervals.

I can’t tell you, only you can tell you.

You, I, We, Them, don’t need a coach. Super star riders with loads of time need an outside reference to discuss fine-tuning the final 5% and reaching their potential.

There is enough information available (books/bikeshop/club/internet) to match you level of ability/dedication. The more interest/commitment you have, the more you will seek and learn. If you don’t know, can’t find out, you may be lazy or reached your level, which is no bad thing.

The rest of us need an ear on a club run or an example to follow. We don’t need a plan, but a target and a friend.

So let this season be the year of the country lane attack and telling the new lad in the club to throw it up the block and spin. Pack a pulse monitor, your power cranks or strava. Not all three. Buy the new shoes because they are pretty and they fit, not the torsional strength of the Kevlar sole.

Ride first, train second and when your goal is too high,  you will stop smiling on the bike. And when that happens…. think to yourself:

What ever happened to kissing!“