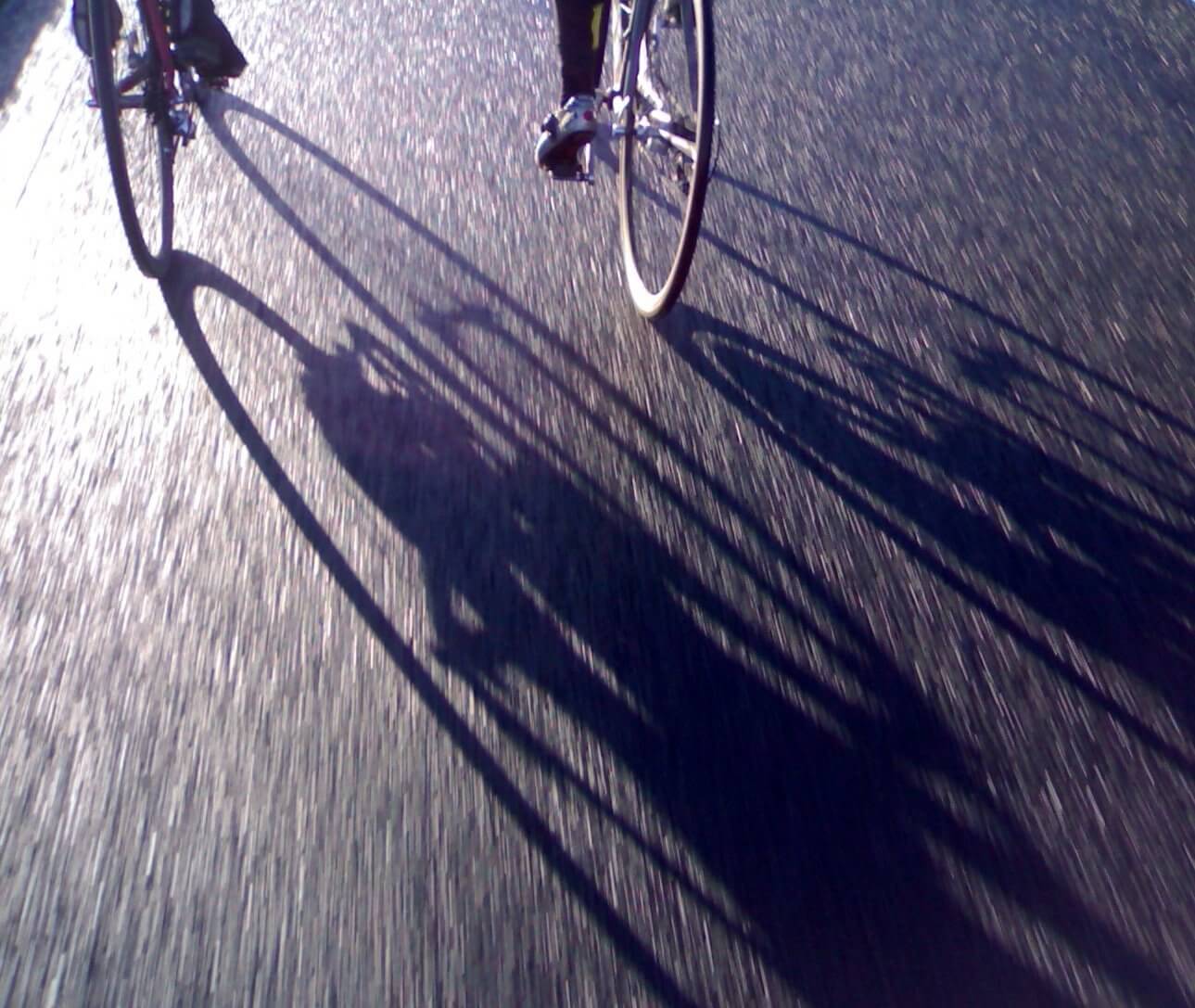 03 Feb The tool of potential joy.

Posted at 20:19h in Uncategorized by galibier 0 Comments

If blessed to live on a mountain or burdened to live beside a wife beater with a boy band of Alsatians- the bike is Escape route 1.

I addressed a bit of cycling gear yesterday to be sent out to a guy living in a major city far away and his address began ‘flat 233b-2’. My mind wept at the thought of the ‘-2’. There are already at loads of flats; and I imagined the ‘b-2″ meant a greedy sub-division and no room for a winter bike?

Even though it was 8pm, there is something amazing about putting bib shorts on late in the evening rather than pyjamas. 233b2 was the last parcel and I went for a spin, down into, across town and on. I was doped by a massive tailwind and the 53 was spinning nicely mid block. Within 30 mins the houses, factories and urban trimmings were lost in farmlands. Amazed, I pondered the power of the bicycle. I had crossed and left behind a city. Left behind any social/income structure that decides where I lived and was totally free and so was the guy in 233b.

If he did live in a box, under the stairs cupboard of a subdivided basement, he still owned a bike and had the potential to feel the freedom of the richest prince by simply clicking in and pushing off. The direction is unimportant.  Even if you live in Cairo with 20million people; it is only 13 miles to farmland. It is under an hour, to be only annoyed by the noise of a rubbing front mech and not the flushing of the neighbour’s toilet. The Bike is a liberty tool and the package I sent him was a freedom accessory. The enclosed bib shorts may as well have been a saw blade in a cake.

After a forest climb, I turned into the headwind home. The strength of the gale immediately whipped all falsehoods about my current form. A flick of the left finger and I dug into the wind home with a hidden head and a shovel.  The passing broken white lines slowed and I took a long cut left, into the hedges for a break from the gale. After a few kms I came across a bloke with a pump in one hand, a wheel in another, but with oil over both proved he had no hands at all.  I knew him, a bit. From races or events he was a face in a lycra crowd, so I stopped. In the cycling community you know a lot of people – a bit. Their identification not by name or job, but via stories of half wheeling and £11 grand bikes. “You know him, with the red bianchi who crashed…..” “O him, the junior with talent and no head” This lad was identified to me by a recent personal tragedy and now also the inability to change a tube. We fixed it and moved off, sharing the headwind on the route home. When he turned off and I headed for 233b I comprehended his bike was an escape from not a living space but the harsh reality of life. The bike is not only a tool of freedom but of psychiatry. The glory of pedaling has a personal sovereignty. Together, when on the road, or the forest, life is just better with the prescription of 100 revs a minute. The bicycle frees our soul to enjoy the wonder of just breathing. It replaces the suffering of existence with the wanton, beautiful suffering of the steepest climb. That moment of joy on the top of a mountain, of whipping the bastard incline, is magnified with anticipation of a rocking descent and no electric bills insight.

Now 10pm the greens had faded to browns and I race home familiar lanes in long shadows. With 30mins until darkness and home 30 mins away I raced there at the speed of diminishing light. Happy in the knowledge that I was making my world better, after a winter lost in stupid TV dramas where pretty people catch stupid murderers.

The bicycle is not just a method of transport. It is not ‘just’ anything; it is a method to get everything important to human kind. Freedom, joy, passion, excitement and coffee.

Ladies and gentlemen I give you the bicycle of the guy in flat 233b2.  We will call it Liberty.