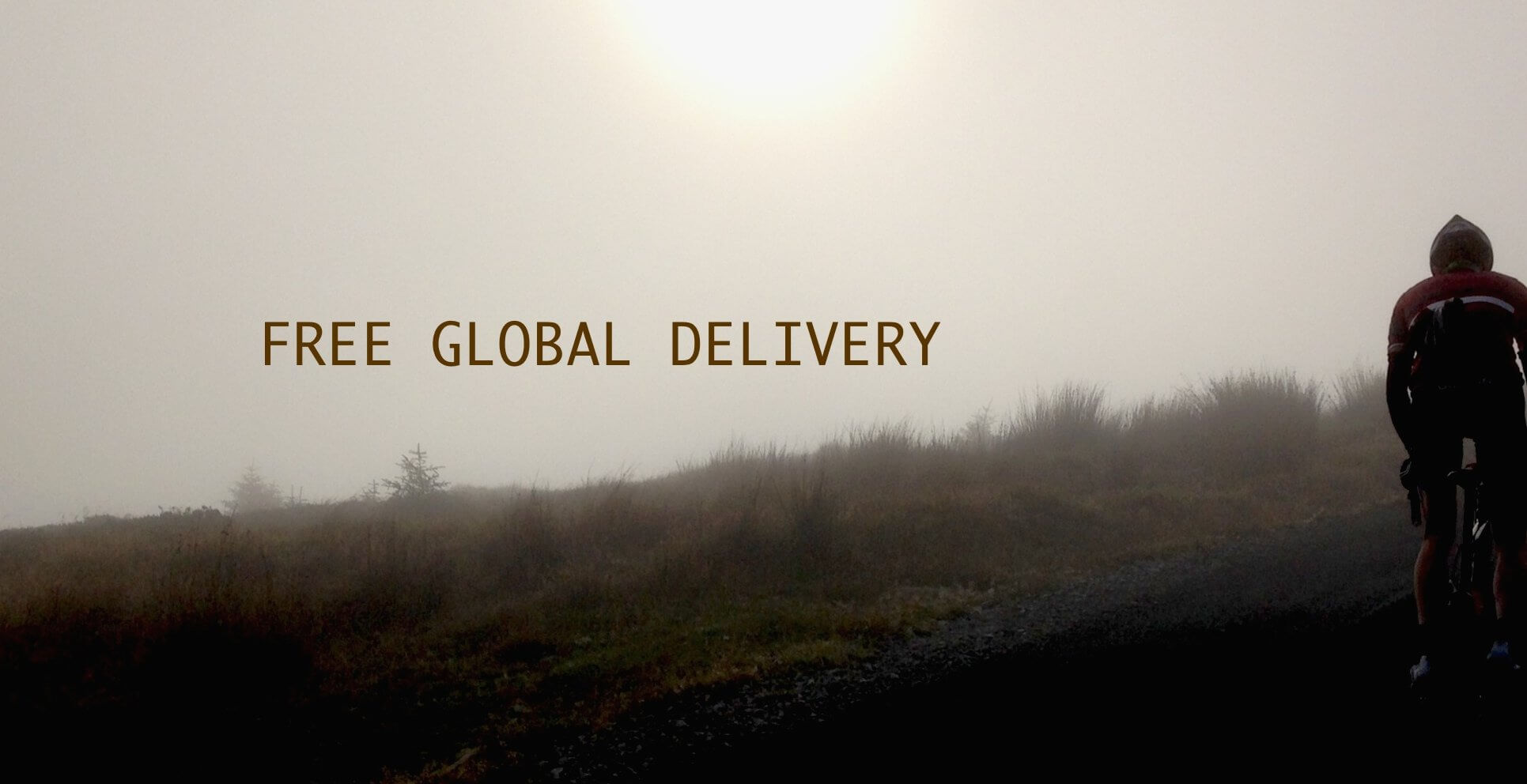 15 Feb The life of a male club cyclist.

Posted at 18:36h in Uncategorized by galibier 0 Comments

1. Sees someone riding a bike, thinks they would like it.
2. Borrows a bike.
3. Talks about buying a bike. (Duration 1 week to 12 years)
4. Buys a bike. (If a close friend/relative cycles, jump to number 8)
5. Finds out what a head wind/ hill is: Doesn’t like it (jump to number 56)
Loves battling nature (Proceed to number 6)
6. Visits doctor with neck pain or groin abrasion.
7. Looks on the internet to set his saddle height and buy good shorts.
(Doesn’t look on the internet or meet a friendly biker; jump to number 56)
8. Decides cycling is amazing and that all life until now was wasted.
9. It starts to rain and is 2 degrees.
(a)Bike gets put away until warmer days (go back to number 5)
(b)Buys winter gear and braves the snow on Sunday mornings, Still smiling.
10. Replaces his morning paper with cycling magazine.
11. Truck passes too close.
(a) Decides to hunt down the driver and cut his ear off as he sleeps.
(b) Loses nerve and intensely takes up Zumba, then fishing. (Proceed to number 56)
12. Starts looking at a new bike that costs x2 what is necessary.
13. Buys a new bike that costs x4 what is necessary.
14. Regrets not buying a bike that costs x5 what is necessary.
15. Sees the new bike on sale at x0.6. Enters a period of mourning.
16. Meets someone on road or in bike shop who invites them out on a local club spin.
(a) Best day of his life. Feels like he has found a REAL family. Would die for his brothers. Immediately goes to club sectary who is in the middle of a family dinner and buys a racing license and all the club gear.
or (b) Worst day of his life. Dropped at 3 km. Club cyclists are self-involved w@nkers. Parks bike in shed. (Go back to number 5.)
17. Vows to cut out dairy/fats from his fish and chips.
18. Returns the club gear at 11.15pm when the sectary is sleeping as he is not a Medium. Must be Italian fit.
19. Decides it is the 1st of March, so spring. Wears new shorts and jersey out, in the rain. Can’t get over his brothers would say such things.
(a) Buys leg and arm warmers from galibier.cc.
(b) Club cyclists are self-involved wankers. (Jump to number 43)
20. Wins a sprint home against a 56 year old club rider who used to be good.
(a) If under 28 years old, leaves work/ education to pursue a professional cycling contract.
(b) If over 29 years old, enters a period of mourning. If only he had found this sport earlier he could have been a professional. Relates this story to all work colleagues, neighbours and people working behind shop counters who need the job and can’t break off eye contact.
21. Shaves legs. Begs wife to stay.
22. Crashes on club spin:
(a) Looks at wounds that evening with pride. Adds 20kph and one pint of blood loss and relates the story to to all work colleagues, neighbours and people working behind shop counters who need the job and can’t break off eye contact.
or (b) Club cyclists are self-involved w@nkers. Couldn’t have been my fault, no way. He didn’t even call the hole loud enough. (Jump to number 43)
(c) Decides ‘he’ did it on purpose. Takes legal action against club mates. (jump to no. 55)
23. Upgrades wheels on his credit card. Disappointed that no one notices on club spin. Works the topic into the conversation. Club mate asks “Are they tubs?” (If they feel insecure by the answer ‘Clinchers’ jump to 43)

24. Feels the love of cycling so much goes to the end of season club meeting and gets himself voted onto a committee. Club mates are brothers.
25. Books a training holiday to Majorca over son’s third birthday. Asks wife to stay, but it’s her own decision.
26. Buys a time trial bike instead of changing wife’s car.
27. Tries a club race without enough training.
(a) Vows to train more and try again next season after a good Winter. (Jump to no. 36)
or (b) Parks bike until tour de France is on TV.

28. Organises a race, it all goes well and loves the thrill. Misses a promotion in work and gets a reprimand for putting more energy into volunteering for the club than work.
29. Puts his name forward for club sectary.
(a) Doesn’t get voted in (jump to number 43)
(b) Gets voted in. New best day of his life. See his name in cycling handbook. Loves the feeling.
30. Talks the committee into getting club leisure jackets made, gets his embroidered with ‘secretary’ but forgets to get the treasurers done.
30. Year one of the job, doesn’t mind the new members coming round at Sunday dinner time to try on club kit.
31. Year 2: Can’t get over that fat fu@k thinks he is a medium. Its 11 o’clock at night for fu@k sake.
32. Can’t get over everyone doesn’t do the same amount of work that he has volunteered to do.
33. Can’t get over the committee complained about his idea to change club kit.
34. Writes a drunken email to all members a 3 am offering his resignation. He proposes the said club can placed on the end of an item of footwear, moving upward, with an anal destination.
35. (a) Apologises with second email 5 minutes after he wakes up, and starts cycling again. Realises cycling is an individual sport. Realises a loose integration of life/bike/club is healthy and sustainable. Jump to number 57.
(b) Wakes up with a hangover. Stuff em, never like the club kit anyway. (Jump to number 43)
36. Loves open road racing:
(a) Decides to pick a few races every year and enjoy the thrill.( Jump to number 57)
(b) Devotes his entire work/family/life balance to that Sunday at 11am feeling. Sends Patrick Lefévère an email that he is free, incase a spot opens up.
37. Thinks it would be best if the wife left.
38. Develops a religious fervour for a component manufacturer. Believes all others are scrap.
39. Has a fist fight in a coffee shop over sock length and recovery technique.
40. Abandons a training program and adopts a new one after every race. After using up all local coaches (who are shite) pays 50% of his wages for an online coach. (copyandpasteprogram.com)
41. Finally finds the correct bike fit company. That 2.4 mm has made the difference. The other 6, were all Charlatans.
42. Doesn’t get picked for club racing team for local event.
43. Decides to start own cycling club.
44. Jump back to 29
45. Eats only Protien
46. Eats only smoothies.
47. Trains only on a watt bike.
48. Swears by gym work.
49. Laughs at those who go to gyms/ still use pulse monitors/ use a different power meter to them.
50-54. Blames the weather, not being born in Belgium, tyres, old coach, divorce proceedings and ‘him’ switching lines 4km into the 100km race- for not winning.
55. Cyclists are stupid. Takes up fishing with the same fervour. Fishing is awesome. Buys a fishing rod that costs x6 what is necessary.
56. Sells bike.

57. Buys a steel Colnago and compact chainset and relates the story to to all work colleagues, neighbours and people working behind shop counters who need the job and cant break off eye contact.
58. Loves the freedom and beauty that cycling brings.
59. Delighted to do his marshall duties for the current secretary.
58. Has integrated his sport with his life and is much happier than 99% of this who have not discovered the magic formula. Bike+life+friends=smiles
59. Cycles until he can’t.
60. Sees the world pass by at a pace that keeps it interesting.

team@galibier.cc for any questions answered, fast!