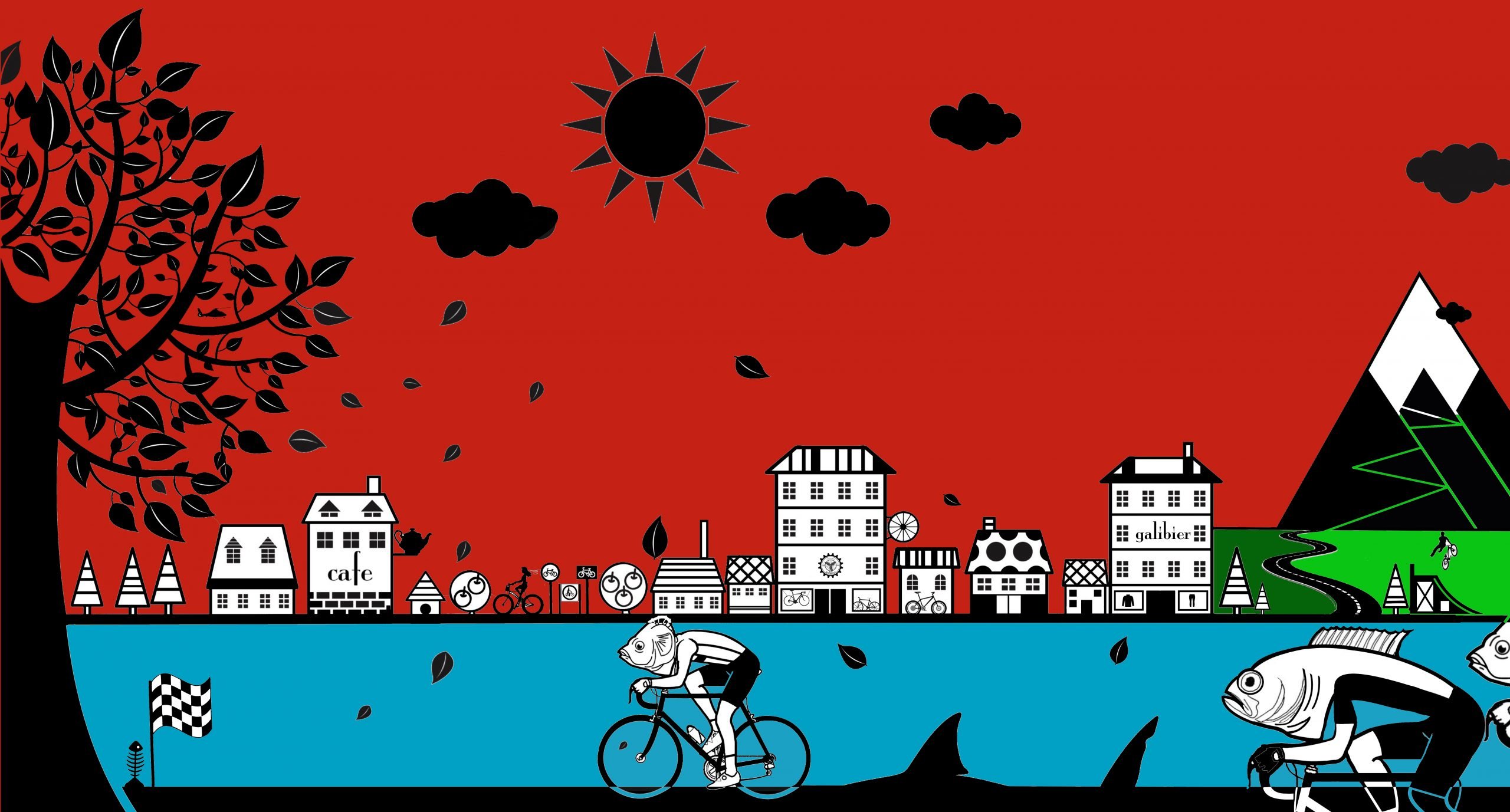 20 May The infinite game

Posted at 20:46h in Uncategorized by galibier 2 Comments

James Carse is a philosopher who was nearly famous 25 years ago. I had dropped out of university and had read his book while failing to prove to myself that I wasn’t thick.  I read anything as I sat in my first bike shop waiting for the door bell to chime. For the first year it didn’t chime much- so reading helped me not focus, on the lack of said chimes. The best writing, in subjects I had difficulty spelling; philosophy, cosmology and physics. Generally, closing the final page on each volume, no wiser than when I optimistically opened it. Trying to educate myself, but my brain found it’s ceiling memorising the final GC of the 1990 Tour de France.  I was not supposed to evolve and exceed the learning of the human race.

Carse’s book stood out because it resonated with my life, which was submerged within cycle racing. He proposed that life was a game and this ‘game’ could be approached as finite game with an end and a winner. Or an infinite game, the game that goes on forever.  For most of my life I have been involved in multiple Finite games. In racing, fixed players, a set of rules and an agreed upon objective. Racing.  A finite game is played for the purpose of winning, and even if I didn’t win often, I was caught up in the game. The training, the intervals, 30 years of being tired. The goal of best performance that race/game. The Finite games played, therefore become theatrical, the racing becomes the arena, for the effort to be displayed and in many areas, it necessitating an audience to show off to.  And I loved every bit of it.

Finite games have to have a winner, thus most must loose.  One guy will be delighted with the win, 6 players happy with their placing or performance and the rest of the players/riders in this finite game will be going home disappointed. For to play the finite game the rewards are for only the few.
Carse’s book was back in my head due to a Virus-lock-down-spring-clean, when his book got a re-read.  Over a few days it read like a new volume, the book had not changed, I had. It was like a completely different message. Age, guile and slowness have changed my game. I now play the ‘infinite game’ and was overjoyed.  Even when you haven’t raced for years, the habits of a life in the finite game meant Cycling was training. Even training without racing, we still pushed on to the road sign or an awareness of who was at the top of the hill first, even if it was unspoken. With my friends, It was always spoken.

In the new times of solo riding to avoid the plague, cycling has become slow. Even slower than you are picturing. I wasn’t concerned being first up the hill, or fastest down the hill, I was just cycling. Going out to clear the head and enjoy the lanes. I was now playing the Infinite game; not looking to win- the goal was simply to keep the game going. The ‘infinite game’ has known or unknown players, which means any rider can join at any time, the rules are changeable, which means you can ride how you want. It wasn’t about being number one or number six, it wasn’t about numbers at all – it was about just riding.

The virus lockdown has crippled our economy,  killed our sport and forced us to live apart. Viewed from an infinite perspective, the rules and some of the players have changed, but the goal is to keep the game of life going; to keep biking and it can’t kill that. We can fight the virus, the lockdown, the mental lockdown but to expect the world to be the same  is ambitious and static. Rolling with the new normal will let a personal world, establish around us. It is up to the individual to make this a positive, adaptable one, for an infinite future of lanes and views and smiles.