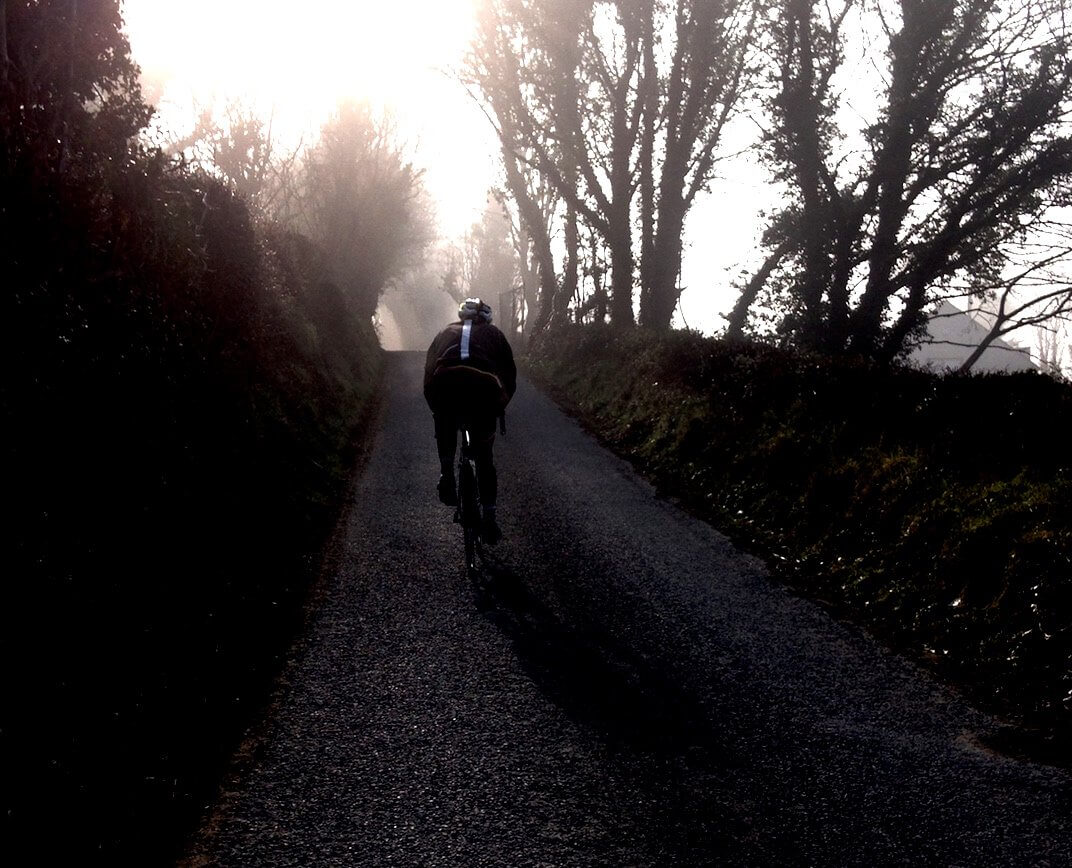 25 Apr Late for his shit work, or early for his cheating wife.

Posted at 21:25h in Uncategorized by galibier 0 Comments

He sounded like an ambulance  of anger, the way he yelled out the window at us. All red faced and scary and wrong. “GET off the phuckinn rRr….” was all I got before his rage was lost in diesel smoke and speed.

On any 100km spin I will meet a ‘him’ at least once. Some mental loon, who feels the need to wind down his window and bark displeasure at my cycling. I will meet his brother who is not as publicly brave and will use his horn like an Egyptian taxi driver to beep general disgust at my existence on the road. I will meet their uncle, the HGV driver who expresses himself through the medium of late steering and noisy air brakes. Finally, their illegitimate sister’s son, bred from a three-way orgy of strong lager, engine oil and an inexpensive prostitute. I meet the wing mirror of his tiny, loud car, as it squeezes through the void, one micron thick, adjacent to my elbow.

This family used to be my enemy number one while out training. Their actions, were the opponent to the joy of every cycle. They transformed the delicate pleasure of a spin; to the worry of being wounded in battle.

For thirty years I have watched increasing traffic volumes and increased crashes. I have watched roads get narrower or cars get wider or me get older. I have watched friends die at the hands of this family. This fecking family of fat, balding women and hairy, big breasted men. 1 million deep breaths later, I have now found peace.

Something has happened to let me evolve beyond their rage; I have discovered a place of harmony and my training has found gentle synchronization of the turning wheel.

After 25 years of reaction and over reaction, I have found a cloud to rest on and save my spin.

As a teen and in my early 20s my reaction met the hostile drivers head on. Their anger only nearly matched my fury. My rage at bad driving and my life endangerment, caused roof banging, window thumping, door opening, and multi tool throwing responses. They were instant and without thought. Waving like the pilot of a broken plane with no parachute. Shouting like the driver of a train with no brakes; ready to fight like an Olympic dancer.

50,000 miles on , I settled somewhat. My testosterone levels calmed, the starving in Africa were less on my mind and the family of the devil-bad drivers mostly got a lewd hand gesture. Some Civil servants turned tank drivers exploded, at the thought of some lycra clad nancy holding them up for six whole seconds on their way home to the big girl and ugly children. By and large they passed, closely and nosily, returning the gesture. You can only stick one finger up so far.

I have witness friends pull drivers from cars, punch glass and even skilfully slap the drivers wing mirror off an oncoming car.  Screaming  at a 70mph missile is not the answer.

A few years ago I adopted the Napoleon’s plan to startle and confuse the enemy with which I do still love. To every irritated horn blasting,… I waved, like a 7 year old.  It is still a priceless reaction to their fuming, steering wheel thumping anger. Mouthing a ‘Hi Ya’ with a princess hand flutter and open eyes. Turns anger to confusion, then frustration as they race away  “NO …I meant….. , do I know?… a aw”

All that anger and lost kms in trying to memorize numbers when I never call the police…..It is over. I don’t know if it is maturing into my place on the road, but contentment has issued a notice on my spins and it is nailed up to stay. Where I found peace is in an unusual, insensitive character trait which I would have been difficult to admit off the saddle: The verb to Condescend.

The horns and dangerous overtaking are met with pure condescending, silent rebuke. I find it harmlessly offsets their violent anger in my smug process. Instead of yelling  What a fucking wanker!  I think how ‘his’ life  must be just awful, to make him so angry.  He can keep his anger, not share it, I don’t want it and I wont accept it.

Life has polluted his soul by a simultaneous series of events to make him so upset….. by a cyclist. Late for his shit work, or early for his cheating wife. We have done nothing wrong, he is damaged and we are something to vent at. His unwanted fury now makes me simply glad I am not him. I will not even absorb one bit of his anger,  just settle back into my space and celebrate my shinny spokes and my life not being his. What ever makes him so incensed is his problem, not mine.

There is a semi-spiritual realization that we have one chance at this life and we should try as hard as we can to be happy. In ten minutes, I have a descent with 5, 80 degree hairpins that will give me goosebumps – his horn blurting has raised his already high blood pressure, brought on by years of inactivity and stress from marrying a pretty, but nasty wife and he will die sooner than me, unhappy.

Shout all you want you muppet. I’m relaxed, doing something I love. You are jailed by the disappointment of your life and the aggressive  driving  just illustrates the point.