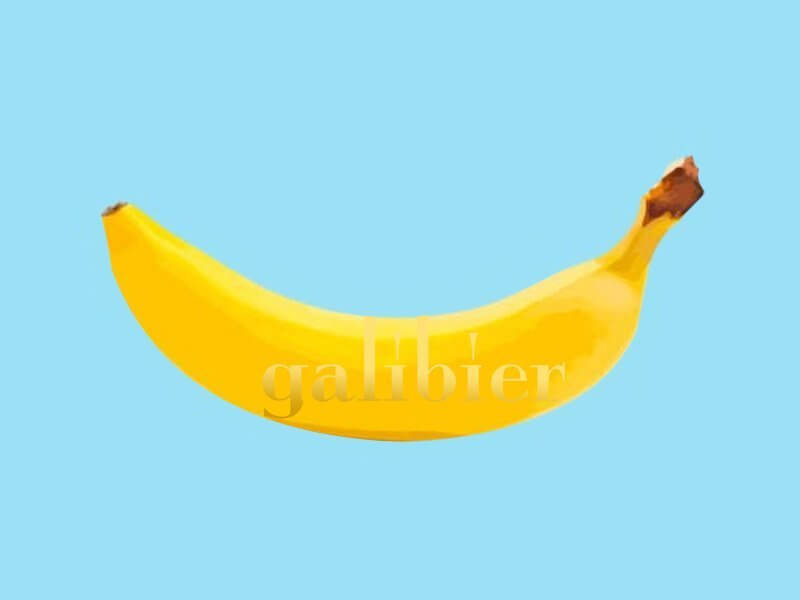 19 Nov In praise of the banana

Posted at 16:22h in Uncategorized by galibier 5 Comments

My cycling life has had a banana, left-back-pocket on nearly every ride. Average 4 days a week for over 30 years. The Banana has fuelled my joy on tarmac and trails. Spoon two in the pocket and I can ride all day.

The love affair began after imploding with hunger knock and being pushed home by Pat mcGibbon, over the last empty 9 miles of my second club spin. I was 12, skinny and full of ignorance. “Stick a banana in your pocket lad and do a bit of training before we see you again” The words may as well have come from god himself as for the next 1000 spins; Bananas equalled, not getting the knock.

One average, a lovely banana contains around 110 calories- so 35 grams of the anti-knock carbohydrate I came to celebrate. Nutrition wasn’t a science back in the black and white days, just a collection of wives tales. I listened to the tales spoke by the better riders, in the hope of emulation. Early on we knew to eat bananas and rice and NEVER eat sausages or chips -which were the cause of ‘dead legs.’ Worst of all, the devil of food was fresh cream; the kryptonite for cyclists. “Slows the blood”. No clue if this was true, but for most of my life I have imagined fresh Cream’s tinder match was an arms dealer. All other foods came in between this sliding scale of speed+energy Vs fat+slow. Fig rolls, full of sweat, sat in the back pocket of cycling jerseys alongside Turkish delights and Bananas. Bacon sat in hell along side Fizzy beer and training spins under 60 miles.

We were told bananas take two hours to digest so “eat em early”. Now scientists confirm this as banana energy is derived from the fructooligosaccharides (FOS) within the heavenly fruit. We know this. FOS are unique fructose-containing carbohydrates, that are typically not broken down by enzymes in our digestive tract, but metabolized slower by bacteria in the lower intestine. The wives were right!

It is now proven by smart, bespectacled people in white lab coats that consuming half a banana, every 20-ish minutes, of a three-hour race is just as good at keeping energy levels steady as drinking an equivalent amount of carbohydrate and minerals from a processed sports drink. Yet, mostly the gels still fill the pockets of the modern cyclists. It is the myth of the perceived wonder science inside the non-biodegradable gel muck. Like it was some NASA designed boost that would make shite legs- turn magic and fast. The Syrup is just maltodextrin… sugar. Gels are sugar, not magic. They rot your teeth, your soul and the roadside in equal measure. I do keep an emergency one in my pocket that tastes like cigarettes and pride myself if it goes out of date. Bananas all the way. Bananas with pride. The fantastic marketing of energy gel companies, in an axis of evil with cycle shop mechanics. Together, selling you the delusional fairy dust energy snack with promised Watts, as fictional as the Syrian tourism authority “Lets rock Summer” 2020 campaign.

My father remembers the first Banana arriving to his home town after WW2 and about 9 minutes later, the local cycling fraternity praised them for preventing muscle cramps. “FULL of potassium” was yelled at me at club training nights, loud enough to dream this Potassium must be wonder stuff from stars exploding that will make me win Le tour. While bananas do have potassium, that alone won’t prevent or take away cramps. The accompanying blend of electrolytes is also important. One of the older guys in the 80s told me to have my water bottle filled 1/2 with pure orange and a tea spoon of salt. This was the first energy drink from 1983 and after leaving it for more expensive and lurid concoctions for the intervening 25 years- I’m back with it and cramp free.

A greener – more unripe banana, presents it’s 35 grams of carbs mostly in starch and as the banana ripens, the same 35 grams of carbs are changed to sugars that are absorbed into your bloodstream quicker. It is with this powerful thesis that the following, highly scientific chart has been completed. I highly recommend a miniature version is taped to the handle bars for mid-event comparison.

Bananas come hygienically packaged by nature, fuel your body and dreams to cycle the world and their purchase feeds money to developing country’s economies. Whereas gels are shite and litter the roads we ride.