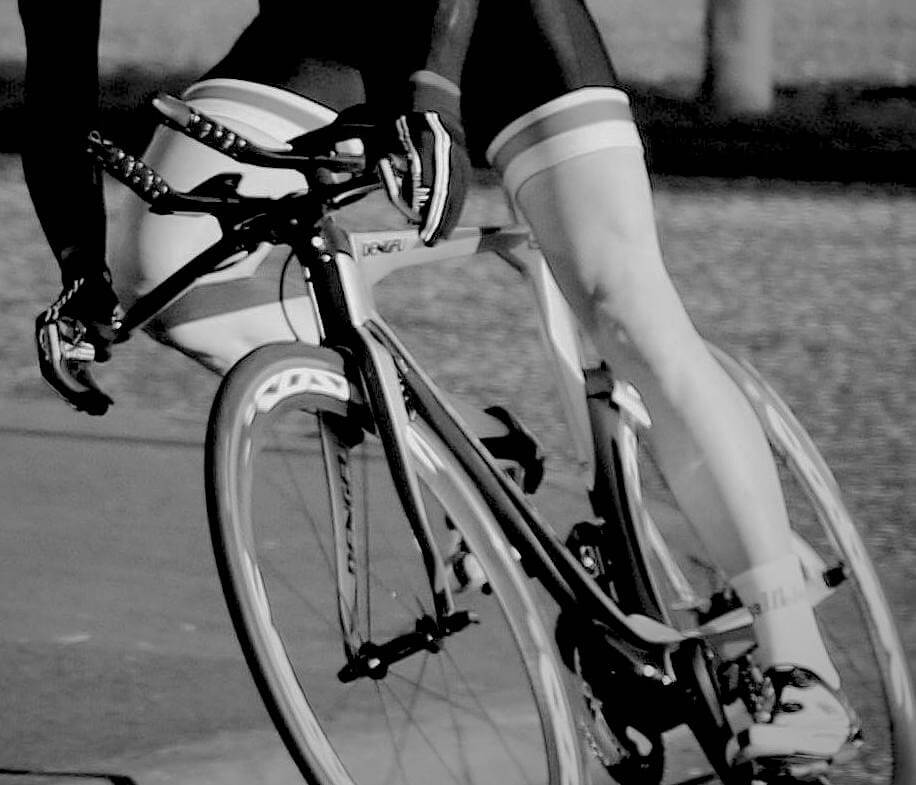 Posted at 09:14h in Uncategorized by galibier 0 Comments

The public hold us cyclists, on a pedestal. They gasp wide-eyed at tales of the hilly hundred miler or the chain gang tapping of 120kms on Sunday morning in a pleasant three and a half hours. “You went how far!” thinks the general public with memories of a childhood trip to the shops, collapsing on the last hill home.  We are a fine bunch of aesthetically pleasing humans. We are sleek, smooth and sometimes leanish. To be admired we think.

In what is frequently argued to be the hardest sport on the planet, there is an Achilles heel to the general publics vision of the male cyclist as a modern gladiatorial race. The explosive muscular power and physique of the trackman is tainted with a pink soft brush. The astounding endurance of the marathon MTBer, presenting an image of a Hercules or Adonis figure, trim and proud atop a finely tuned weapon: is polluted by what happens every Friday night, before supper, in a locked bathroom.

No matter how well at the dinner table you embellish the time trial, that had a headwind in both directions,

“Yea, but you shave your legs don’t ya”?

The enforced lift of the trouser leg to reveal a tanned, silky smooth woman’s calf; pollutes all until that point- rendered Olympian.

Regardless, how much you tense the said calf muscle, the public at large see only the lack of hair and condemn you to a purple, flower float in the gay pride festival. Nipple clamps wouldn’t change the expression on the faces of the uninitiated. Men think “you’re like a girl”. Women who go though the self same ritual, think we have invaded their territory and may as well borrow a bra to match the red ankle socks.

And you can stand and sprout all the excuses in the world for the reasons why the blade gets you every time behind the knee… when the truth is you’re not sure and everyone else does it. Well not everyone, and those that don’t…those that that resist the peleton’s glare, could tarnish the glow of their new De Rosa: look like a Fred. (a Fred is a slightly derogatory term used to describe a novice to the racing world- number pinned to shoulders, knee socks, helmet back exposing temples)

So we strapping, dominant athletes are fickle and like sheep would rather look good to our cycling peers, than inclusive to our work colleges. Me too. If shaving one’s legs makes me appear to resemble the tall Dutch pro in Lotto’s line up, by even 1%: brake out the Gillette. It is part of our uniform and looks …em … better.

Singing on to an event, should it be a leisure tour or the national championships, your opponents/ fellow competitors are measured up in a second by a glance at their legs. It’s how we rate the competition. ‘ Look at the legs on him!’ habitually whispered around the sign-on table. The lighting calf vein or the square overhanging Vastuas medialis release anxiety into the start line.

So if we are going to keep on doing it, and we are: use any of the following as defence the next time someone queries it:

A few rules regarding the shaving of the lower limbs for the competitive cyclist:

-Use hair removal cream for the first go after a winter away from the razor in the off season (stick to the advised time cream to be left on legs).

-Never get the shaving job too perfect; a few hairs around the knee give the illusion of masculine indifference.

-Don’t forget the hamstring. The Fred’s beard, i.e. only shaving what you can see, shouts poor preparation.

-You must always have a small nick of blood in the bath on completion of shaving. Recommend: ankle, knee tendons or shin. Separates what she does, from what we do.

-Never, ever, use her lady shave; the gladiators must cut with steel blades!

-Don’t under any circumstances mention the WAX word.

-Don’t shave on the morning of a ride; skin irritation and raised hair follicles and dried blood leave that just plucked image, which we all want to avoid.

-Stop a few inches above the short line, don’t be tempted to keep going; and never, ever shave the arms.

So until the dark day when the yellow jersey is sporting a fresh leg hair middle shade. Friday nights in the bathroom will continue to lock the door and dream of tomorrow’s victory.