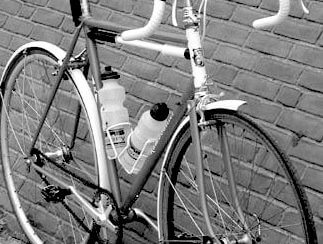 Posted at 12:17h in Uncategorized by galibier 0 Comments

They came at me along the road like bridesmaids at a farmer’s wedding.   Equally spaced to the horizon by winter madness. The club run exploded, their kit admitted that they were still 30km from home.

I drove on in the opposite direction, the gaps became less regular and the rider’s arms straighter. Some feckin mullet showing off and destroying a club run with bravado and new wheels; when both he and the club spirit would have benefited from a steady spin.

The destruction of a social club bike ride used to boil my head, but any annoyance is lessened by the fact that it is witnessed annually, to the point of expectation.  Similar to yer man Fred West. I’m sure he lost sleep when the first body was buried under the patio. When the 20th was being covered over,  I imagine he left a hand showing.   My heart still bleeds for the lad at the back. He will think twice before coming out on his irregular spins with the club.  But more I feel a cocktail of madness and sorrow for the lad in the big ring attacking some empty fantasy in December.  I want to sing him the value of slow.

As we try to chew clammy sprouts, we mull training over the next 3 months. Consider perhaps this year a slower approach to competition.

I can see the recoil and dismiss at the word ‘slow’ in a sport where the victor goes fastest. ‘Slow base’ is a proven starting point in a training program that takes the body to a sustainable level of efficiency. It’s free, easy and productive.

So, if you were  disappointed by your performance last year and you un-plan do the same /similar training……… don’t be surprised or excuses laiden if your 2014 turns out to be equally dissatisfying.

In 1994 in a pre season/drinking week,  our size 5 shorts group,  caught and passed Team Telekom in Gran Canaria. We laughed at their slow pace. Udo bolts was rubbish, 15 mph… laughable.  3 months later he won the Paris Tours and I was dropped at Navan. That sparked an interest in the saddlebags and steady rides of the off-season in decades past.

And it’s not slow; it is gradual adaptation,  which begins slowly.

Give your body a load and rest after,  and it will adapt and become stronger/ fitter. This is the definition of any training principle  The processes that permit season long exertion must have their platform on a stable, preparation period. When we understand and can visualize the physical processes that are happening, slow is beautiful. At a recent Quickstep training camp in Spain, Tom Boonan road 123 flat kms in 5 hours.

As you spin along at Level 2, your body is aerobically active,  but not under stress.

During these periods my Doctor training partner, clarified the 4 essential changes taking place:

1. The body learns to use fat as a fuel. When under stress the body panics and grabs energy from the quickest source it can find, usually glycogen from the liver and muscles. During base training- the body becomes proficient at using fat.

2. Increases the stroke volume of the heart. When relaxed, the chambers fill and empty fully and efficiently. When an untrained heart, works rapidly, it has not fully emptied before it is refilling. Ever try and inflate a tyre using fast, half strokes of a hand pump?

3. Increases the amount of Mitochondria. Muscles are a mass off individual muscle fibres. Mitochondria are the batteries or motors at the end of the fibre that help them to contract. More Mitochondria- more efficient muscle. These are produced in greater volume when the body is active and not under extremes.

4. The muscle capillary density is increased. Blood brings the fuel to the muscles and takes away the waste products. More capillary pathways, mean better blood flow and a more efficient system.

So here is a wee challenge to riders WITHOUT a plan for the approaching season but would like to be involved in competition at ANY level. 12 weeks,- 4 steps.  You ride your bike like last year,  just with a planned intent.

STEP 1 : After Santa has departed, if you have kept your self in reasonable shape over the winter…ride for 2-3 weeks, 4-9 spins at 60% of your Max heart rate. The duration of the ride would build within this period to your target race distance. So, if you’re an Under 14 rider- 30 km. If you are riding a club league 45km or if you’re riding the Elliot. 120km+. As I’m getting old, my Max viewed  heart rate is 181, so 60% is 110bpm. Yes,  it feels slow. What’s the rush on frosty roads?

STEP 2 : The next two weeks,  or 4 to 8 rides, at 65% heart rate. The target is NOT a 65% AVERAGE heart rate reading, as there are hills and corners and cafes in Ireland. But looking down at the monitor reads 65% of your Max, for most of the time.

STEP 3 :Well into mid February now, depending on your rest period and next 2 weeks. Perhaps Wednesday night, Saturday and Sunday are run off at 70% of Heart rate.  Your body should have adapted to the load given in January and all of a sudden you are riding with the winter warriors,  albeit behind their arse and ego.

STEP 4: Last two weeks,  up to the start of the season, (avoiding the first few races, crashes and the bare-legged mad men) the long, steady sessions are now 75% of you Max HR (now 140-145 for me). No longer slow,  but in only 2 months the body has developed the aerobic endurance, to YOUR desired race distance. Stay seated, smiling and spinning. Monitor your recovery.  Rest when required and eat a few less chips.

You will have taken the body from Christmas Turkey to lean March hare and developed a gradual capacity for endurance that will last you all season. Still do all the turbo/ weights and spinning and interval sessions that your soul regards necessary, for race prep, but don’t leave the legs wasted for the weekend.

Do consider a progressive base to start your year. It is not often that distinctive research, testing separate theories all yield the same answer:

Slow will make you fast.